Will remote learning put a pause on snow days? 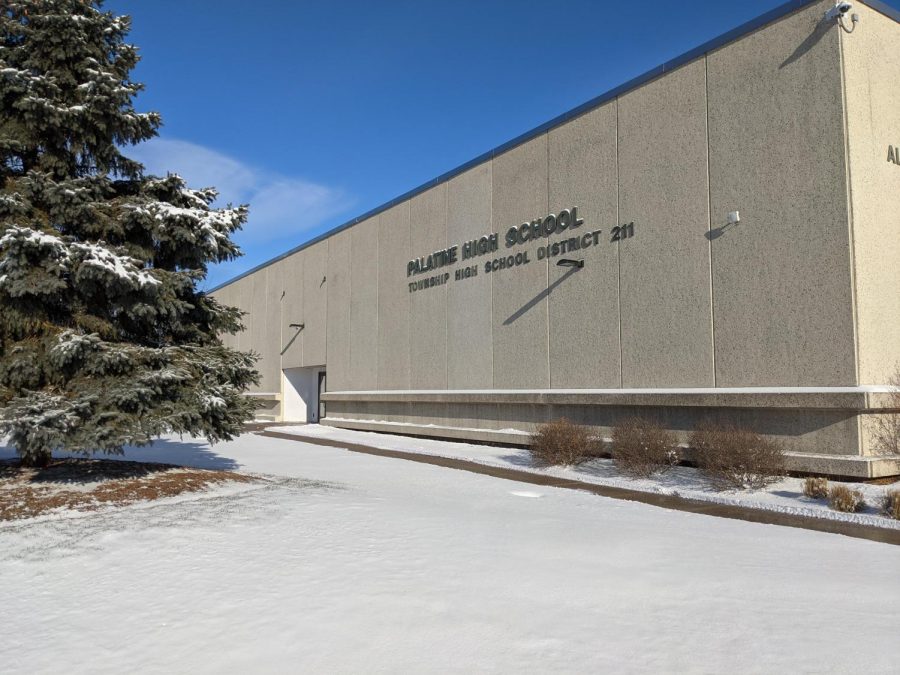 Calls from schools saying that school is closed for that day due to extreme cold weather cheers any child up. These days are considered “snow days.” Children get to be inside to play with toys and watch their favorite shows. That day off becomes a day of joy for kids to do whatever they want. Even being outside playing in the snow with siblings and friends. However, will remote learning put a permanent pause on snow days?

“When we go back to school (full time in-person), a snow day is what every kid looks forward to,” Palatine High School sophomore Kieran Ohmes said. “That would suck if they got taken away.”

“[On snow days] I watch Netflix, watch over my siblings, catch up on homework, if I have any, and sleep,” Ohmes describes her typical snow day.

Every year, the Midwest and upper east coast receive up to 40 inches of snow per year. Days like this can equate up to 20 days of this kind of weather. Extreme weather conditions like these keep families in their homes as it is too dangerous to travel or be outside. Without proper clothing for extreme weather and snow, citizens risk obtaining frostbite and hypothermia. However, if you have that proper clothing, it could be a fantastic day to make a snow angel or snowman.

Zoe Shoro, a student-teacher who teaches English at PHS, says snow days should still be implemented in the school calendar as a day off. She says it would be unfair if reports of extreme weather are reported the night before, then students and teachers have to connect to class virtually the next morning with no prior warning. If this would happen, she hopes that the district has another plan to not cause any commotion.

“I could also see a system set in place where snow days could be used as Academic Support [tutoring sessions] days where students can show up via Zoom if they need extra help, but they are not required to do so,” Shoro said. Ohmes agrees this is a good idea from a student’s perspective.

Contrary to Shoro’s beliefs, Emma Grochowski, a Spanish teacher at PHS, says snow days will be a “thing of the past due to remote learning.”

“Since there are more factors that point to the productivity of students and staff working from home rather than the reasons why people can’t learn on those days I think remote learning will trump unexpected days,” Grochowski said.

Grochowski emphasized the many variables that would still occur even with a snow day. She says that staff would still have to come and enter the building. She also says it would be unfair for those that only have good WIFI to work from home.

“Our society really prioritizes the fast-paced, productive lifestyle,” Growchowski said. “But, there is nothing wrong with taking a day and relaxing, rejuvenating and ultimately bettering yourself for the job you are doing.”.

For the outcome of the future of snow days, Shoro thinks that once we are back in the classroom, everything will go back to how it was. District 211 has four days built into their schedule for emergencies, so Shoro said “why not use them!”

Ultimately, snow days should be kept as a day for students to regain their mentality and get homework done.