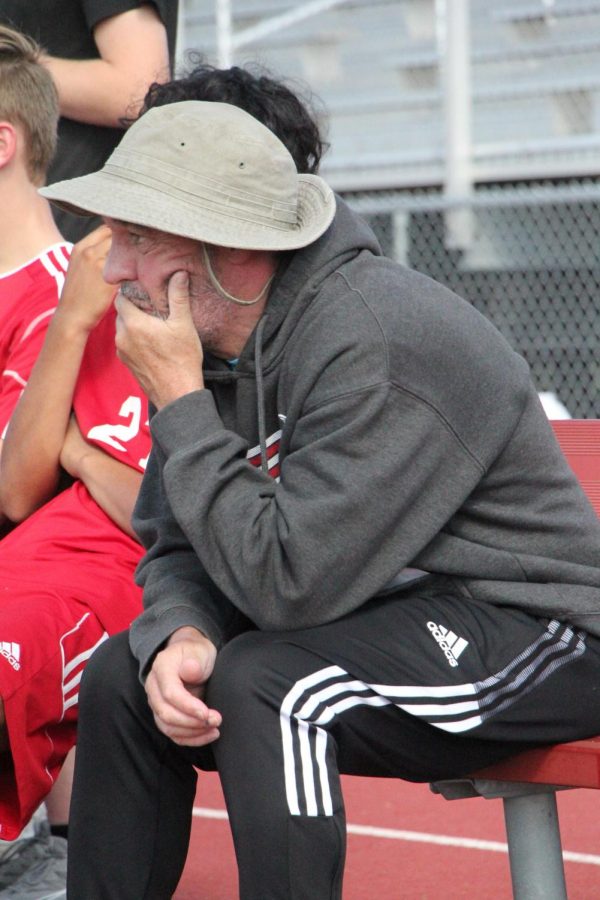 Palatine High School teacher Willie Fillian is retiring from 34 years of coaching soccer in the Palatine community. PHS Cutlass had the opportunity to talk to Coach Fillian about his last season before retiring.

Cutlass: How would you describe the team’s performance this season?

Fillian: “Well, it’s inconsistent because we’ve had some good games, and then some very average games…and we’ve been inconsistent with our lineup”

Cutlass: How would you describe this group of guys as a team?

Cutlass: How do you keep the team’s emotions from becoming negative and detrimental?

Fillian: “We have to prepare for the next [game], we better forget this one, learn from it and move on to the next one.”

Cutlass: What are the weaknesses and strengths in this team?

Fillian: “We have a lot of good midfielders. I would say our weakness at this point is we’re having trouble defending, keeping the ball out of our goal.”

Cutlass: Why does this team struggle to create opportunities on the offensive?

Fillian: “I would say more than 50% of the time, our services are not good…I think our distribution out of the midfield needs to be a little bit better.”

Cutlass: Who is the key player in this team?

Cutlass: From all of your players who has impressed you the most?

Fillian: “There’s Isaac [Lara], he did really well in the summertime. He’s not a big guy, but he’s pretty strong and fights for the ball. The other one is Jesus [Leiva]. He doesn’t give up, he’s a good example to the other players to continue to play hard.”

Cutlass: Who is the most creative player in this team?

Fillian: “Dennis [Valle] he has creative ideas. I would like to see him be more aggressive and get to be in line to get services in because he likes to cut it back and look for the pass”