Why the “No Fly Zone” really doesn’t fly 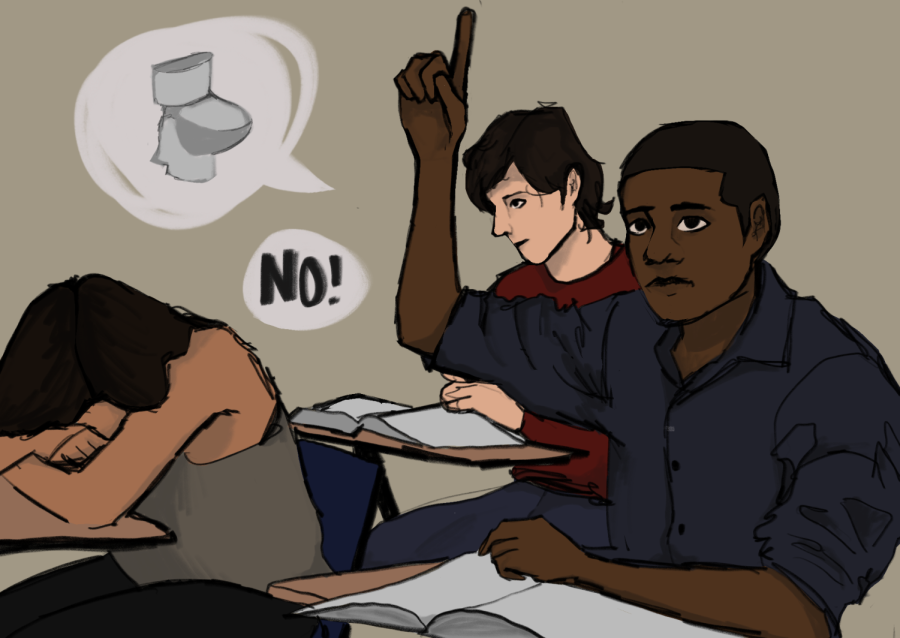 The new bathroom rule began at the start of second semester.

After a rocky first semester back from over a year of online school, Palatine High School administration begins implementing a variety of new policies. One of these being the “No Fly Zone.”

The “No Fly Zone” is a policy that prohibits students from leaving their classrooms during the first and last ten minutes of the period in order to clear the hallways. This is in addition to the tardy policy that was previously initiated to limit tardiness.

“Kids are feeling like they’re being treated like animals [and] being put in cages. Now, kids can’t use the bathroom when they have to,” junior Nicole Canfield said.

While this seems like a student-focused issue, teachers feel similarly.

Out of 56 teachers surveyed, roughly 54% of teachers preferred that a student use the bathroom during the beginning or end of class to avoid disruption. Only 14% of teachers agreed during the middle of class. The remaining 32% were ranging from “whenever they need to go” or passing periods.

Teachers expect students to come to class prepared to learn and many students come to class for that very reason. However, confining students to such a fixed amount of time to meet their needs when less than a year ago they had complete freedom, creates a disconnect.

The motivation behind implementation for administrators is well thought out, but not executed properly.

“How can we help our teachers, other staff, and student supervisors limit [negative] interactions and [negative] behaviors out in the hallways and get kids in class, because we know that is the best place for everyone to be,” assistant principal Anthony Volgi said.

However, students still feel they aren’t being represented when it comes to the creation of these policies.

Students understand the intentions of administration and don’t negate them. “I don’t think they’re actively trying to harm the students,” junior Ishika Mishra said, “but because they don’t have student opinion…. they don’t have the best tools to make those decisions.”

Student voice needs to be heard in the decision-making process of policies directly affecting them.

The “No Fly Zone” and the many other policies created may be to restore the environment a school should foster. It is without a doubt that students need extra support transitioning back to in-person learning. Yet, students and their voices continue to be overlooked rather than valued.

As PHS works to restore in-person learning, the administration must work to give students a voice in the creation of new policies.