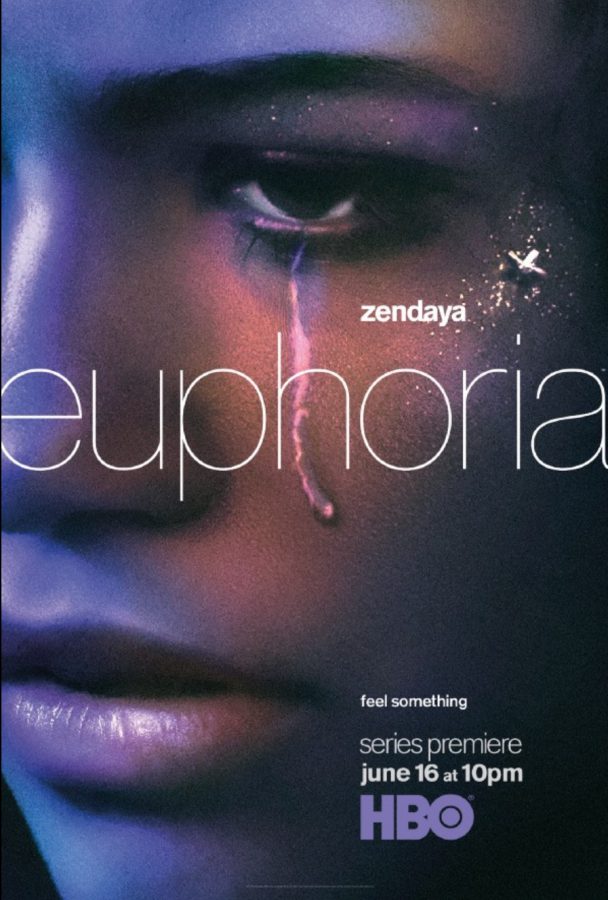 Courtesy of IMDB.com via Creative Commons

Season 1 of Euphoria stars Zendaya, Maude Apatow and Angus Cloud. It premiered on Aug 4, 2019 on HBO.

The HBO show Euphoria manages to strike a chord with  audiences giving viewers a brutal reality check into the lives of high schoolers.

This is HBO’s first original series centered around high school. This drama series handles the harsh reality of sex, drugs, and violence in high school. A more specific  idea that the series works with is the idea of violence and toxic masculinity as seen through the character of Nate Jacobs.

Elordi’s character, acts as a representation of a representation of today’s definition of toxic masculinity. Toxic masculinity is the societal expectations that are put on men to act masculine and emotionless. In turn, men that aren’t naturally that way try to conform themselves to that standard and it begins a cycle of resentment and hate towards society for confining them to this small box.

I see it as Nate struggling to accept himself as he is throughout the season. Because from an early age, he’s been taught to mask his feelings and be the alpha male. When he was young, he witnessed extremely graphic videos containing his father and transgender females. After viewing, he became obsessed with said videos and they ultimately shaped who he became as a person later in life.

I feel like Nate resented his father because he saw him as a hypocrite living a double life. Nate’s father always pushed him to succeed and be a strong man that doesn’t let his emotions be easily shown. However, Nate’s father is none of those things and he conceals his double life, which is symbolic of how he manages to perpetuate the cycle of toxic masculinity through his son.

Nate does everything he can to put on a show of society’s idea of a perfect life for a man. He’s the starting quarterback, dates a cheerleader, and has a strong group of guy friends.

Those things are all ways for him to uphold his actions and create problems and toxicity in his life. He uses them as a front to protect himself from the fact that he’s fighting everyday to fit society’s expectations.

Nate constantly feels threatened by his dad’s lies and what those lies define about Nate himself. Because Nate feels so threatened, he turns to threatening others, becomes abusive, etc. He manages to get away with all of his behavior because people feel intimidated by him and that is ultimately the goal.

Elordi’s acting makes Nate such a scary reality. Nate remains emotionless and expressionless through everything he does, besides his one constant; anger. He shows no remorse and that makes him feel so much more frightening but real. Euphoria manages to give viewers a reality check by creating a character to embody the very idea of toxic masculinity. Nate is real and scary to us because people all know somebody like Nate.