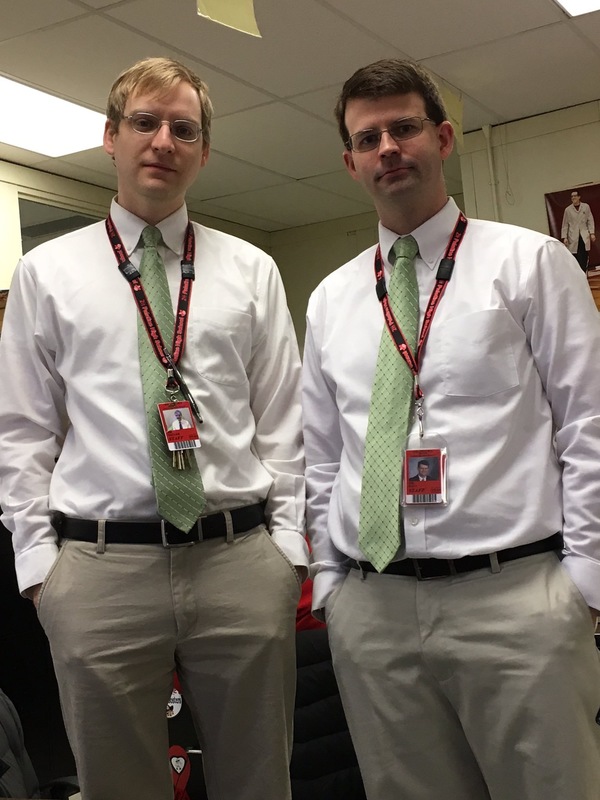 An AP and regular Physics teacher at PHS for many years, Ryan Hall is known for, amongst other things, his “Movies of the Day.” It’s his own personal list of movie recommendations for students that he never fails to share at the beginning of every class. Every day, students that walk into his physics classroom are presented with a new movie from the list, along with a small anecdote about why the movie was specifically chosen for that day. Hall is also the head coach of PHS’ Scholastic Bowl team, coaching team members with his vast knowledge of geography, history, and popular culture, amongst many other things. I recently sat down with him to talk about his five favorite films, Tom Cruise’s stunts, Monty Python, and the changing landscape of comedy over time. 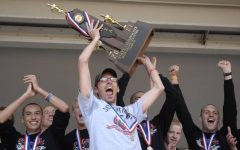 “Monty Python and the Holy Grail” was a movie that I saw that for the first time in sixth grade when my teacher showed it to us as an example of parody. She was trying to teach us what parody was, and you can imagine a bunch of sixth-grade kids laughing at a knight getting his arms cut off and spurting blood everywhere.

I obviously didn’t fully understand it when I was in sixth grade, but that was the first time I’ve ever seen anything like that, and that that’s really shaped a lot of my humor going forward is humor. Monty Python really connected with me, and as I started to explore and see other things, like “Life of Brian” or “Flying Circus” episodes, their humor just really clicked with me. It helps that it’s also one of the most quotable movies of all time.

SP: ​Monty Python is pretty much the original comedy troupe. Do you see their influence with any other comedy groups today, like SNL-type groups or anything like that?

RH:​ Well, with Monty Python being British, I feel like a lot of Americans still can’t really handle British humor. So I don’t see a ton of that in American humor, to be honest. It might be for lack of looking, but to find something that’s sort of as farcical and out there as Monty Python is rare.

SP:​ Yeah, Monty Python definitely has their own brand of humor. The first time you watch one of their movies, you probably won’t get it completely, but you get more and more of their jokes with every rewatch.

RH: ​I just recently watched “Fawlty Towers” for the first time, and it’s only 12 episodes, but it’s John Cleese as a hotel manager. It might as well be a Monty Python sketch, but it’s only him. None of the other five members are involved, but it’s the same level of humor. Their humor just really clicks with me.

SP: ​I’ve noticed that if you show people comedy from a different country, like maybe New Zealand or Britain, not everybody’s going to get it or appreciate the humor. Have you found that often as well?

RH: ​I’ve definitely tried to show “Holy Grail” to people before class and they just don’t get it. And I and I think to myself, this is the greatest thing I’ve ever seen. And that’s not only just with British comedy, I think comedy is a very personal thing.

What’s funny to me is not necessarily funny to you. So I guess that’s a good reminder not to expect everybody to think it’s funny just because you do. Like some movie like “Fletch” with Chevy Chase, which I love because it’s just stupid one-liners for an hour and a half, if I showed that to a class of students here, maybe one or two kids would get it and enjoy it and the other kids would be like “This is stupid.” It’s very different than comedy now with movies like “The Hangover”, which I guess is probably old now but you know, comedy changes over time and it goes with culture.

SP: ​I definitely see that with a lot of movies on this list because not a lot of them are modern movies. They’re very different because they kind of expect more out of an audience than a movie now right? They require audiences to put in a bit more work to enjoy it and some people aren’t willing to do that but obviously you very much are, seeing as these are all your favorite movies.

RH: ​Yeah. I feel like for me, I’m less likely to pick a new movie because to me, the movies I’m going to pick for a list like this are ones that I’ve had a long standing relationship with. So in some ways, my favorite movies aren’t the same list as the best movies. I would have a harder time choosing the best movies because they’re not necessarily the same thing.